Breaking Down Our Debt

On June 9, the United States quietly reached an inauspicious milestone: our nation’s total federal debt surpassed $26 trillion for the first time. Given the dual crises of coronavirus and civil unrest that dominate national headlines, it’s not surprising this transpired with little notice. Still, America’s high and rising debt deserves our collective attention because it threatens our economic future.

The relative obscurity of this event can be attributed, at least in part, to the myriad of ways lawmakers and federal agencies discuss and describe our national indebtedness. For example, the chief debt metric employed by the Congressional Budget Office is “debt held by the public,” but this is very different from Congress’ emphasis and oversight of “debt subject to limit.” Good government groups monitor “gross federal debt” because it includes “intragovernmental” debt, and despite the name, “total public debt” is not the same as “debt held by the public.” For the uninitiated budgeteer, this fiscal word salad can be very confusing. 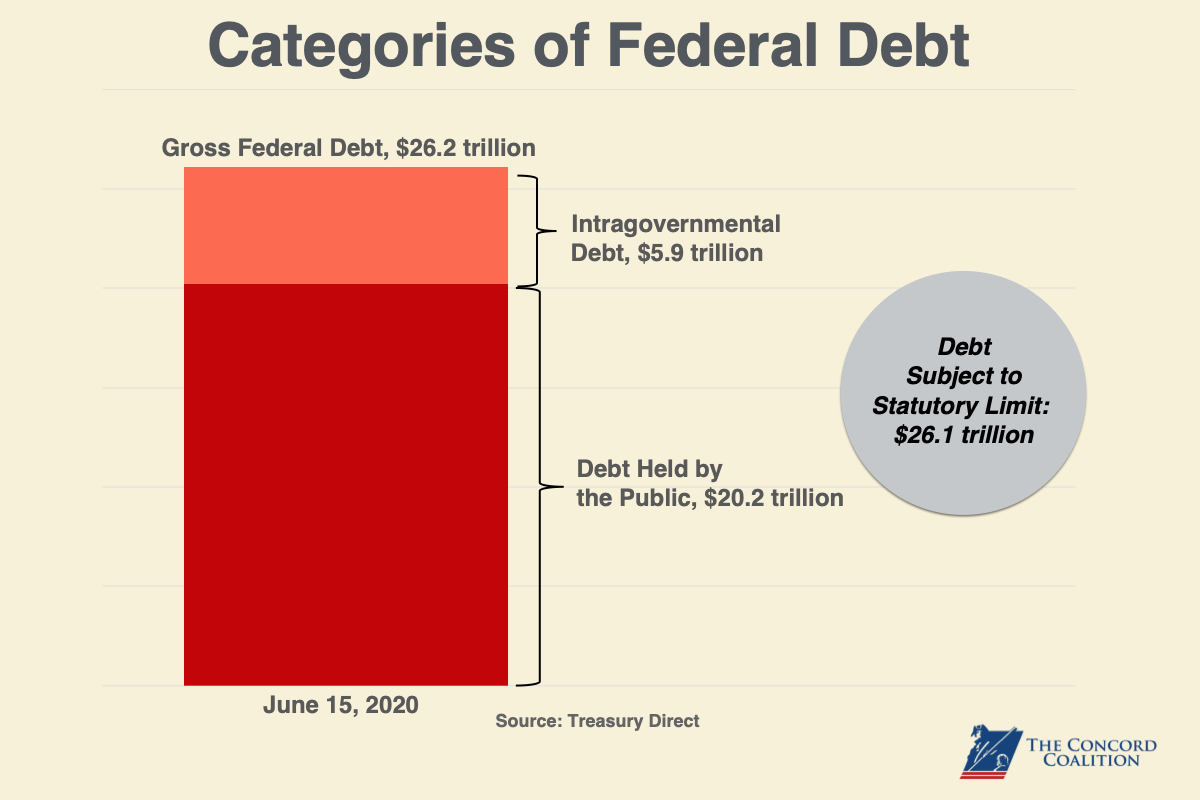 To help, The Concord Coalition has compiled a brief glossary of commonly cited measures of debt:

Because it isn’t tradeable, intragovernmental debt has no intrinsic economic value – it is merely a “first claim” on general revenue. It is measured and reported because it reflects an obligation of the federal government to future beneficiaries. As of June 15, intragovernmental debt totaled $5.9 trillion but it is expected to decline over the next decade as Social Security and Medicare trust funds redeem their bonds to pay promised benefits. At that time, the Treasury department will need to find a way to convert those bonds into cash.

A note of caution: the amount of debt owed, presented in isolation, does not indicate affordability. A nation’s income and wealth provide important context. For this reason, debt is often measured relative to a nation’s income. Gross Domestic Product (GDP) is the value of all goods and services produced within the U.S. and is a good proxy. At the end of the first quarter of 2020, debt held by the public relative to GDP was 80 percent, and gross federal debt as a percent of GDP was 108 percent. 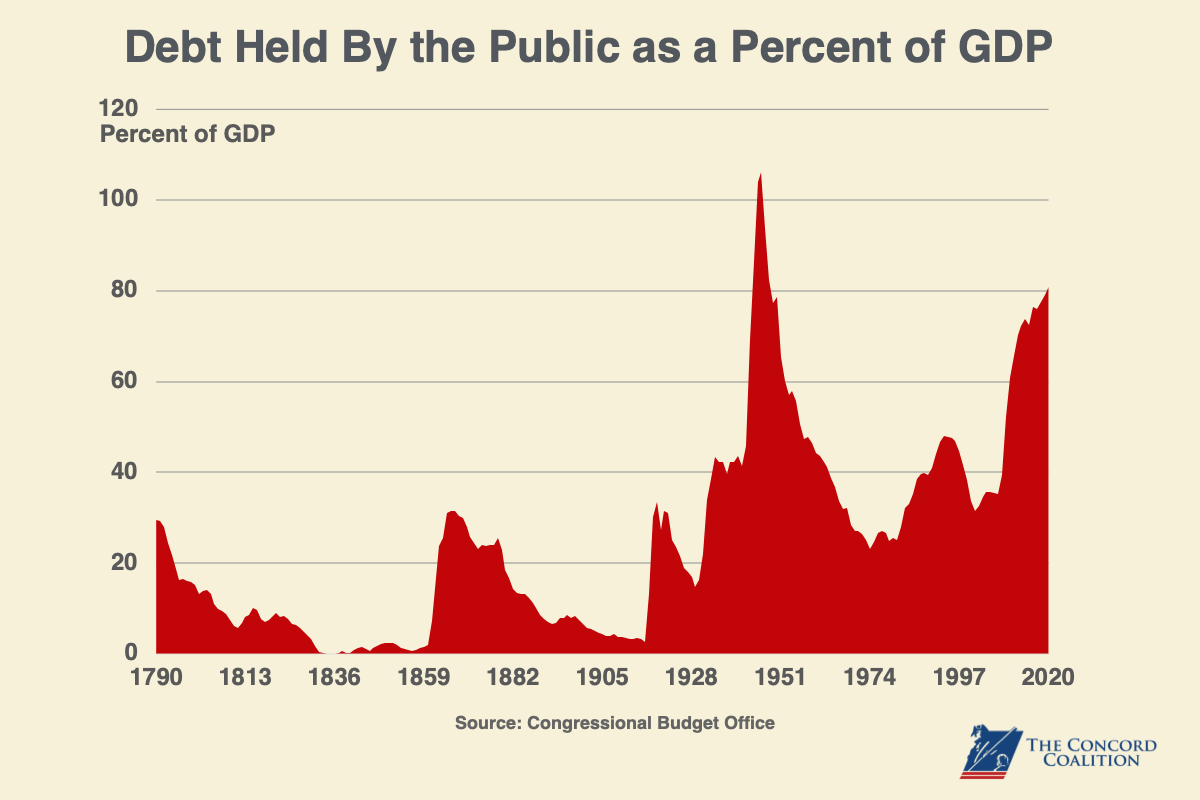 In its Monthly Budget Review for June 2020, the Congressional Budget Office (CBO) said on Wednesday, July 8, that