Do Recent Movements in Benchmark Treasury Debt Signal Danger Ahead? 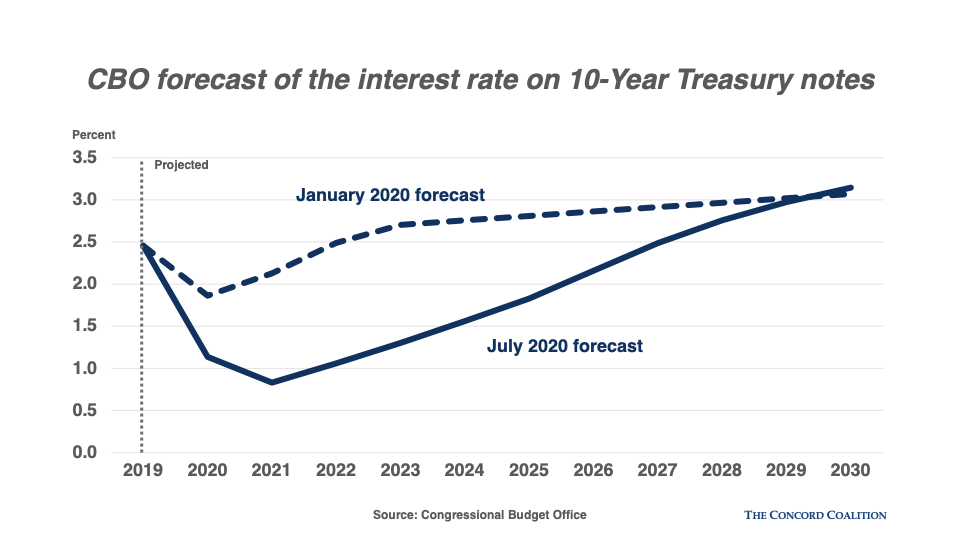 In 2020, however, CBO took the unusual step of revising its economic projections mid-year in response to the economic devastation caused by the coronavirus pandemic. In its update, CBO significantly reduced its forecast of the interest rate on the 10-year Treasury note, a key driver of its forecast of net interest payments on the federal debt. The impact of this change was significant, cutting net interest costs by $2.3 trillion over the 10-year budget window. 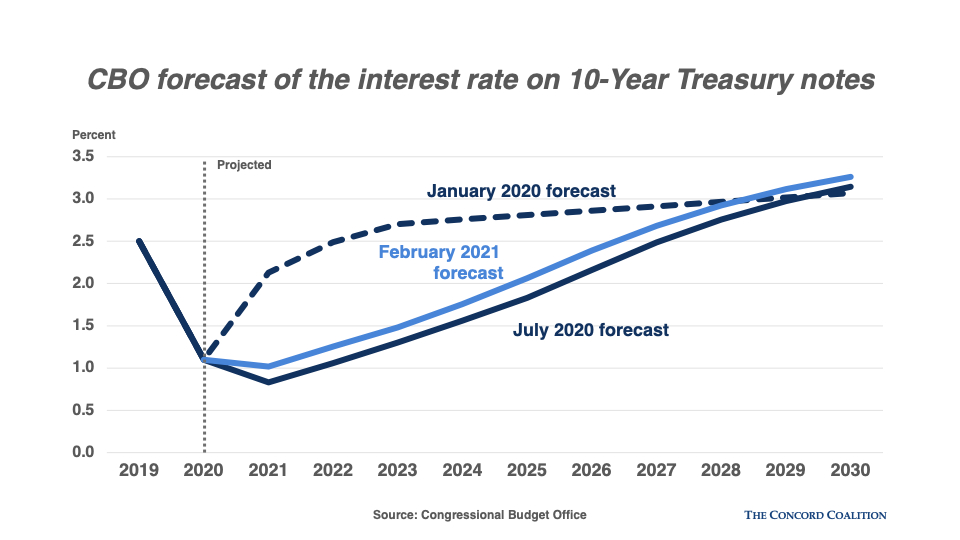 After spending over $3 trillion on debt-financed COVID relief in 2020, on March 11, 2021, the $1.9 trillion American Rescue Plan Act was enacted into law and immediately sparked market fears of higher inflation in the latter half of this year and beyond. The impact on the 10-year note has been significant, driving yields upward, reaching new post-pandemic highs, indicating that the federal government will have to offer higher interest rates on its popular 10-year note to lure investors. 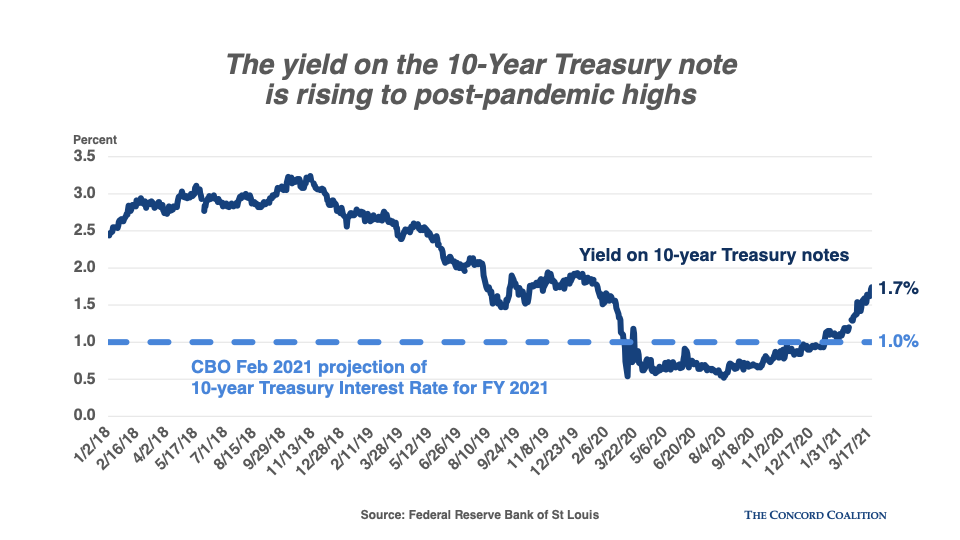 The sheer size of the American Rescue Plan Act is expected to temporarily sling-shot short-term economic activity above potential GDP. As a consequence, CBO has announced that it will also revise its economic projections. The agency expects to publish its revised forecast — and revised budget baseline — when it releases CBO’s analysis of the Biden administration’s proposed budget for FY 2022 (timing TBD).

When the revised estimates are made public, it will be interesting to see how implementation of the American Rescue Plan Act will affect CBO’s forecast of the 10-year Treasury note and net interest costs. The recent rise in long-term bond yields is a reminder that the federal budget is increasingly vulnerable to factors not directly controlled by policymakers, and those events have direct consequences on projected deficits and debt. For example, CBO estimates that if federal borrowing rates were higher by 5 basis points every year beginning in 2021, federal debt held by the public would equal 260 percent of GDP in 2051 rather than 202 percent in the current baseline.

Budget deficits already are projected to grow in the near-term as a result of debt-financed emergency COVID legislation. The United States is on track to post another $3 trillion-plus deficit in FY 2021 as a result. Will interest rates – and hence, net interest costs – push deficits up even more? How much of the $2.3 trillion in net interest write-off in the 2020 update will CBO add back in the upcoming revised budget baseline? Most important: will a significant increase in net interest costs finally bring fiscal sanity to Washington?

Don't Off The Offsets

The Skinny on Biden’s Budget

After a one-week delay, on April 9th, the Biden administration finally released a peek at their FY 2022 budget.