In its Monthly Budget Review for June 2020, the Congressional Budget Office (CBO) said on Wednesday, July 8, that the budget deficit for the year so far has reached $2.74 trillion, an increase of $2 trillion over the same nine-month period in 2019. Outlays are up by $1.6 trillion (49 percent) over 2019 and revenues are down by $348 billion (13 percent).

The month of June accounted for much of the change as legislation passed to support the economy, which was largely shut down to prevent the spread of the virus, began to pay out. June outlays were up by $763 billion over June of 2019 and revenues were down by $92 billion. 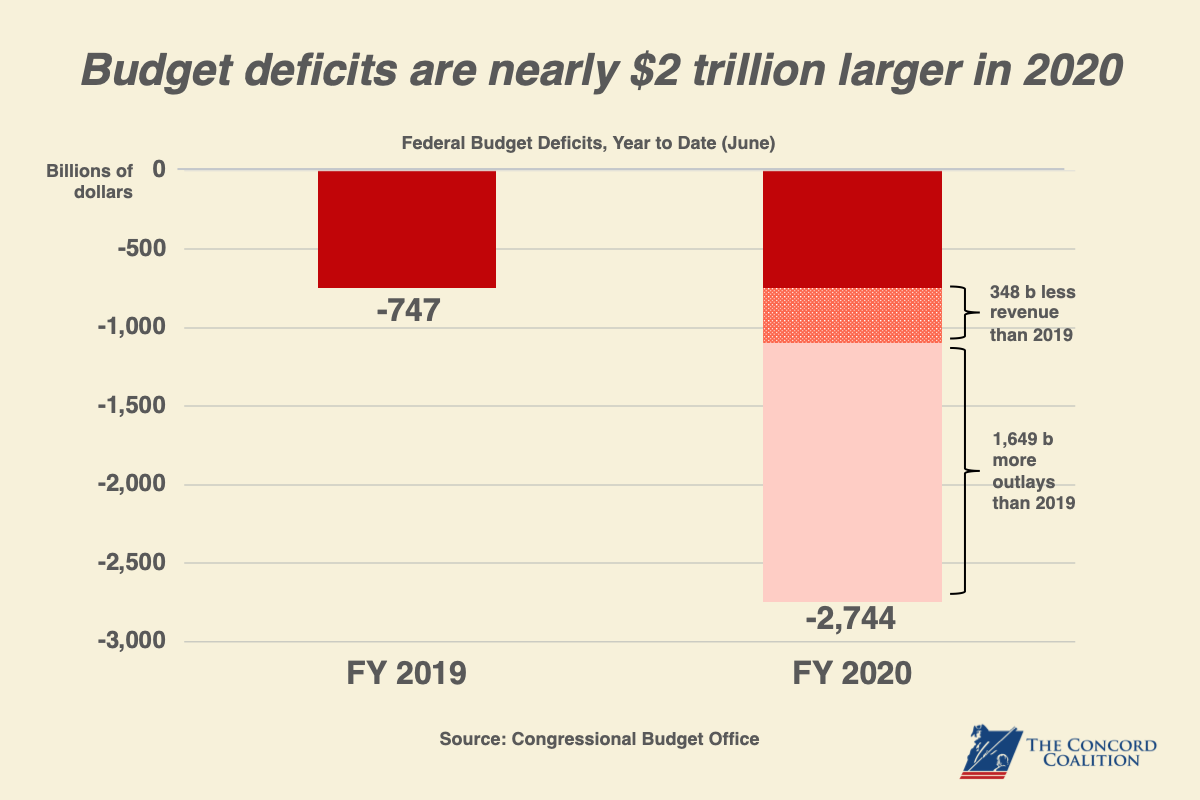 Among the largest virus-related expenditures were the Paycheck Protection Program, recovery rebate checks and unemployment compensation.

The revenue loss was largely caused by the slumping economy and the Trump Administration’s decision to delay income tax filing deadlines from April 15 to July 15. Much of the deferred revenue will be recouped when taxpayers file their returns, however CBO noted that, “because some individual taxpayers or businesses could become insolvent and fail to remit the future payments, the government might not collect all of those deferred amounts.”

A dramatic distinction can be seen between the months before and after the government’s response to the pandemic. In the first six months of the fiscal year (October-March) outlays were up by 7 percent.  From April to June, however, spending ballooned by 130 percent over the same period in 2019.

The pattern was the same for revenues, which were up by 6 percent in the first six months of the year but dropped by 40 percent in April through June. As noted above, the revenue picture is complicated by the fact that much of the revenue loss came from an extension of the filing deadline and will be recouped later this year.

While the sudden spike in the deficit is certainly an eye-catching number, it is important to keep in mind that the deficit was already on track to exceed $1 trillion before the pandemic hit. Moreover, it was experiencing this upward trend despite steady economic growth. That is the underlying fiscal problem Congress will need to return to once the economy is in better shape.

Breaking Down Our Debt